C.H. Spurgeon, in full, Charles Haddon Spurgeon was born on the 19th of June, 1834 in Kelvedon, Essex, England as the first of seventeen children to John and Eliza Spurgeon. 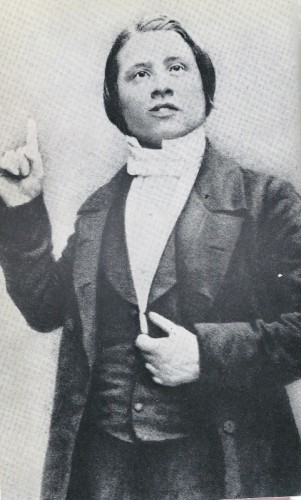 He was raised a congregationalist and became a baptist in 1850 at the age of sixteen. He preached his first sermon the same year and the way it happened would not be out of place if it was described as “he was tricked”. An older man asked him to go to the little village of Teversham the next evening

“…for a young man was to preach there who was not much used to services and very likely would be glad of company.”

It was only the next day that he realized the young man was himself.

In two years, he became a minister at Water beach, Cambridgeshire. Two years you say? Yes. Two years at age eighteen. The year was 1852.

He had no formal theological training yet was probably the most read preacher in England. He went on preaching up to thirteen times a week and could make himself heard in a crowd of 23,000 (He had an amplifier vocal chord). He had preached over 600 times before he was twenty years old. It was in that same year, 1854, that he became the minister at New Park Street Chapel in Southwark, London.

Within a year, there was need for a new structure due to the population of his congregation and from the opening in 1861 of the new tabernacle which held 6000 until his death, he continued to draw large congregations. However, in 1856, two years after he became the minister of the chapel in Southwark, he founded a ministerial college and a year later, an orphanage.

He founded sixty-five other organisations. When the organisations were listed on his 50th birthday, Lord Shaftesbury who was present said, “This list…were more than enough to occupy the minds and hearts of fifty ordinary men”.

He was married to Susannah Spurgeon and they had twins; Charles and Thomas Spurgeon.

Whilst Charles Spurgeon wasn’t known as a theologian, he was deeply theologian in thinking and his sermons were rich in doctrine. He believed doctrine was what made the Puritan age glorious than the “whipped creams and pastries which are in vogue”. He had a cross-centered and cross-shaped theology and believed that preaching the crucified Christ was the only reason why such crowds were drawn to his church for years.

He was an ardent fundamentalist and distrusted the scientific methods and philological approach of modern biblical criticism. Remember, Puritan? Unadulterated. Because of this, he was involved in many controversial theological discussions especially within the Baptist circle. In fact, the increase in the liberality of the Baptist Union was the reason he left the association in the year, 1887.

C. H. Spurgeon liked to refer to himself as a Calvinist and described the school of thought (Calvinism) as “placing the eternal God at the head of all things”.

He authored many sermons, commentaries, books on prayer, service and soul winning, magazines, poetry, hymns and more. Some of his book titles were Jesus came to save sinners, the golden alphabet, Life in Christ Vol. 1 and 2 and so many others. His sermons which were often laced with humor were widely translated and extremely successful in sales. He was influential across various denominations and if you have a little knowledge about this servant of Christ, you would have expected me to earlier introduce him with a name he was and is famously known as, ‘The Prince of preachers‘. 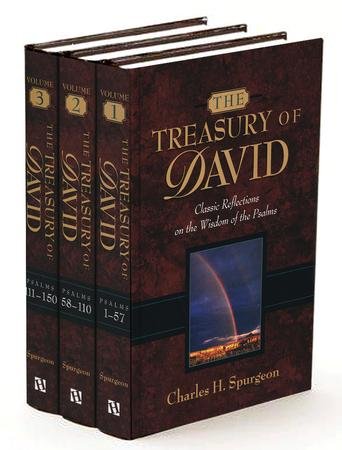 The source of the truth in all Spurgeon’s preaching was the God-breathed, inerrant Christian scriptures. He once held up the Bible and said,

“These words are God’s… It is pure unalloyed, perfect truth. Why? Because God wrote it”.

He was not just a Bible-based preacher but a Bible-saturated preacher speaking thus, “Oh that you and I might get into the very heart of the word of God and get that word into ourselves! As I have seen the silkworm eat into the leaf and consume it, so ought we to do with the word of the Lord. Not crawl over its surface but eat right into it till we have taken it into our innermost parts…but it is blessed to eat into the very soul of the Bible, until, at last, you come to talk in scriptural language and your very style is fashioned upon scripture models and what is better still, your spirit is flavored with the word of the Lord.”

He was consumed with God’s glory and the salvation of men, embodying Paul’s words in 2 Corinthians 12:15, “I will most gladly spend and be spent for your souls.” and stood as a witness to what happens when love for God-centered, Christ-exalting, Bible-saturated truth feeds the flame of love for people; An explosion of zeal and energy, all aiming to glorify God and bring sinners into the fullness of joy with Him.

Am a young christian lady who is in love with the arts. Its beauty thrills me. I feel using it- in spreading the love of God in Christ, the blessings in salvation and helping others know how to live out a fulfilled life in Christ- is a very beautiful privilege. View all posts by buzhoo