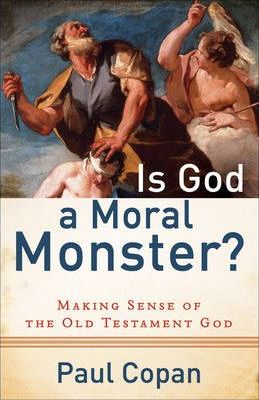 The Old Testament of the Bible often baffles the modern reader with its descriptions of ancient places, materials, customs and traditions. The average person living in today’s world would struggle to picture the scenes and events its words seek to portray, or understand certain actions that it makes casual reference to. For many, the Old Testament is filled with weird, difficult to comprehend things; they’d rather stick to the New Testament, which seems much easier to handle (partly because it has less talk about strange rituals and customs in it).

But the Old Testament is more than just a collection of odd stories from a mind-bogglingly distant past; it records what Christians believe to be the beginnings of God’s interaction with mankind, a process which reaches its crescendo with the atoning sacrifice of Jesus Christ, which the New Testament is preoccupied with. And because the Old Testament is so important, it is vital to pay attention to what it says.

In the book Is God A Moral Monster?, Philosopher and Theologian Paul Copan takes a critical look at one contentious issue that is often discussed about the Old Testament by believers and unbelievers alike- its portrayal of God. In the eyes of some, it presents God as fear-inspiring, violent and vengeful- a sharp contrast to the love and compassion He shows in the New Testament. He destroys whole societies in His wrath, and demands slavish dedication (or so the critics claim) from the people He calls His own. He subjects a community to draconian laws and makes them struggle under the weight of impossible rules. How, the unbeliever asks, can one reconcile this image of God with that of one who lets His one and only son die so that mankind would not perish?

Copan argues that the God of the Old Testament has been misunderstood. Readers have looked at the Bible’s portrayal of God and judged it based on a modern set of rules, with little or no understanding of the social and cultural contexts and symbolisms that form the background to its stories. It is this wrong mode of interpretation that Copan attempts to put right in his book.

Copan examines general and specific claims made by skeptics about God being brutal and even malevolent in His dealings with humans in the Bible. He tackles issues arising from the harrowing account of Abraham almost sacrificing Isaac after being ordered to do so by God (and its alleged connotations of child abuse) , the wiping out of the Canaanite population by Israel, the status of women in Hebrew society, and the Bible’s treatment of the practice of slavery. He carefully reconstructs the accounts, situates them in their historical context, points out the not-too-obvious but relevant symbolisms they were meant to convey, and establishes a view of morality as pushed by the Bible (and the Old Testament in particular) that is liberating and awe-inspiring.

Beyond being a response to skeptics’ misgivings about the morality of the God of the Bible, Copan’s book is also a reaffirmation of the notion that morality can only be consistent when it is founded upon belief in God. It also reminds us that although the Old Testament holds a lot of lessons for Christians, we must take cognizance of the fact that its symbols point to Jesus Christ, in whom all the requirements of God’s law are fulfilled.

I'm a christian who seeks and speaks and writes for more of a REAL RELATIONSHIP with my Lord my creator and king. The inspiration of the message I share is this: Christ's heart in us, and ours in Him; His breath we must breathe, and His life, live..LITERARILY. View all posts by Ikenna Nwachukwu