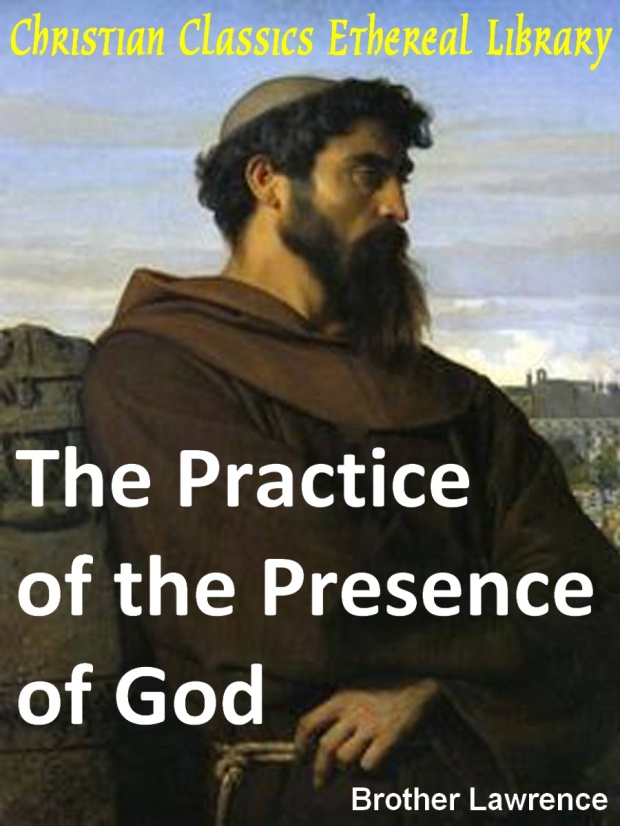 This seventeenth century book is so outstanding and timeless, that it is still one of the most popular Christian books around. And the words contained in it are not those of a great bishop or an eloquent theologian. They are those of a simple monk referred to as “brother Lawrence” (born Nicholas Herman), who served as cobbler and cook at a monastery. However, its topic, and especially, the simplicity and truth in the treatment of it, makes it a greatly loved book.
The Practice of the Presence of God shows, in two sections called “conversations” and “letters”, how we as Christians can remain in constant fellowship with our God, and focused upon Him, even through the hustle and bustle of the day, and in various moments of trouble and trial.
The conversations are notes made by a reporter, of brother Lawrence’s thoughts on the matter of being close to God at all times. The general thought which runs through all four conversations, is of the need for, and the great fruits of “practising the presence of God”; in other words, conversing with Him, thinking of Him, and meditating upon His words through the day. Just getting immersed in thoughts of Him, for Him. It is “a shameful thing to quit [this] conversation, to think of trifles and fooleries” (page 8). And if God is truly the love of our lives, why wouldn’t thoughts of Him predominate in our minds, occupy our hearts?
It is true, says brother Lawrence, that being aware of God’s presence through each moment requires practice, a persistence that eventually becomes a habit. But as it becomes a part of us, we will “find his love excite us to do it without difficulty” (page 10). He also makes the point that our being wholly given to God in this way can only be actualized and sustained by and in love. Mere works of “penance” or mortification are ineffective without love. They can remove no sin, can eliminate no self centered tendency. The reporter of the conversation says that brother Lawrence’s words were significant without a doubt. But his conduct was, for him, “stronger inducement than any argument can propose” (page 17).
The letters (fifteen of them in total) deal with roughly the same themes as the conversations, but in greater detail. The striking thing for me about the letters is the expression of a desire by Lawrence, to “suffer for [God’s] sake with joy and courage” (page 35). This attitude is motivates by nothing other than love for God, which is cultivated by abiding in His presence, and consciously giving ourselves over to His will. He has “no pain or difficulty because [he] has no will but that of God” (page 19). This makes such an impression upon this reviewer because it shows the extent to which the brother has committed himself to God’s will, to please Him above all, in every situation and at all times.
Though his work was boring, he found peace and joy in doing it for the Lord. This is an example for those of us who see our work as drudgery, as a difficult necessity. Things will certainly be lighter and brighter when we approach them with a mindset of doing all for God, from the “little” things to the “great” ones. For God “regards not the greatness of the work, but the love with which it is performed”.

I'm a christian who seeks and speaks and writes for more of a REAL RELATIONSHIP with my Lord my creator and king. The inspiration of the message I share is this: Christ's heart in us, and ours in Him; His breath we must breathe, and His life, live..LITERARILY. View all posts by Ikenna Nwachukwu