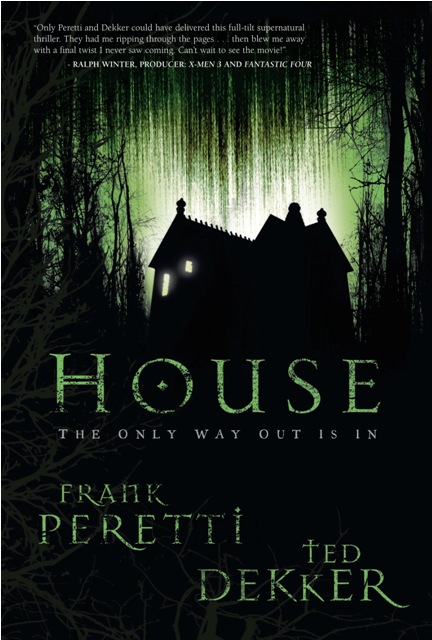 It’s a House, abandoned in a deserted environment. Empty physically, but not truly empty, it’s demon infested, holds mysteries, presence, memories and dilemmas. In a single word, it’s haunted. Ted and Frank centre this fiction on events that occur before the crucifixion of Christ; his betrayal/denial, the fierce battle we encounter daily in our hearts/minds, the purpose of Christ’s death, His resurrection and the Devil’s defeat afterwards .

The novel begins with White, also known as tin Mask- the devil himself -analysing the aforementioned “House”, his next venue for murder. White’s basic agenda is to lure people into deserted buildings, manipulate them to play his game (mind game) to his satisfaction and then kill them by dawn. Just as every game has a rule, his are as follows:
House rules: 1. God came to my house and I killed him. 2. I will kill anyone who comes to my house as I killed God. 3. Give me one dead body, and I might let rule two slide.

Despite White’s zeal and power to kill every living Human, there are still specific kinds of humans he couldn’t kill- the sinless/innocent. His victims must be sinners. And He strongly believes that all humans are guilty (sinners), until he meets Susan, An innocent young girl who finds herself in the building. White can’t kill her because of her innocence and her great knowledge. He keeps her hostage for three days, lures other victims, four to be precise, and begins to manipulate them. He asks them to kill just one person (His third rule) in order to make the second rule slide. His chosen candidate is Susan the innocent one. When the others don’t kill the girl, White decides to do so himself; then he realises his mistake, just as the devil did after crucifying Christ. Her death actually sets the other captives free.

Two major characters in the novel, Jack and Stephanie Singleton, are led into White’s trap while on their way to a marriage counselling session. Their marriage, though troubled by differences they have been unable to deal with, is restored as they emerge from the grave dangers of the house. They are saved from White’s deadly game by Susan, whose self sacrifice gives them a new chance to live.

The novel’s allusions to the ministry of Christ and the salvation that he wrought is hard to miss. It has an interesting and attention gripping plot, and more importantly, a message of redemption that shines through it, especially at its end.

View all posts by anibeatrice